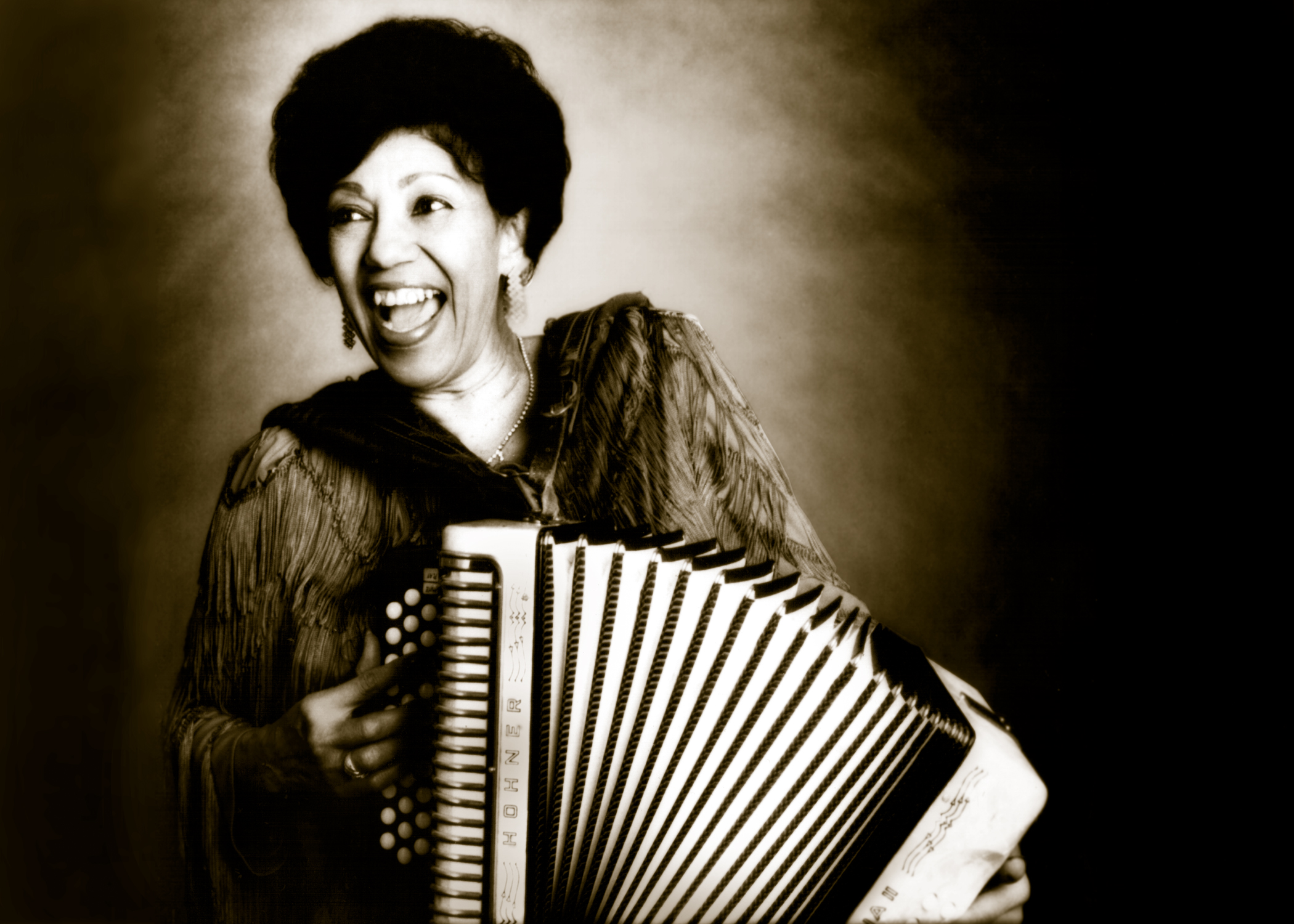 Michael Singletary’s painting, Queen Ida, Queen of Zydeco, was based on this famous photograph. Accordian player, Ida Lewis, got her stage name in 1975 during a Mardis Gras celebration in the Bay Area. There she was formally crowned “Queen of the Zydeco Accordion and Queen of Zydeco Music.”Read more about her history here

Singletary has exhibited with many noted musicians as the late Dizzy Gillespie and with Nancy Wilson. Many of these jazz paintings now can be seen on the cds of noted musicians Don Pullen (Random Thoughts), Bobby Watson (Post Motown Bop), and Blue Note Records. A documentary film of these works entitled “The Jazz Painter” (Kiro Films) has been shown in Tokyo, Japan. One of his print entitled,”Cottonfield Blues” is in the collection of the United States Library of Congress. His exhibit, “the Chocolate Hip Hop” has been exhibited at the Lloyd Vann Galleries-Chelsea and at the New York “Chocolate” Show and featured in articles in the Gannett Sunday News and Gotham Magazine as well as a television feature on BET Nightly News. Curatorial Credits: Curator of “Sept 11 Artist Response” Exhibit at the Pelham Art Center (May 2002).

Singletary is a member of the Gordon Park’s Advisory Committee for the Hudson River Museum exhibit “Half Past Autumn: The art of Gordon Parks.” He had two spectacular exhibits at the Muruka Gallery and Bus Boys and Poets Gallery Wash. DC also in 2011. His “Art Seeing Music” at the Art Gallery at the Art Gallery at the Rockefeller State Part and the Blue Hill Art and Cultural Center in 2012 at Pearl River He was a 2000 New York Foundation for the Arts Fellowship in Painting recipient. Michael’s artwork has also been selected by the summer issue of American Vision (August/September 97) magazine.

Remember you can browse, shop and we ship everywhere or we can arrange pickup from outside the gallery.